Pupils and staff at Weston Favell Academy are celebrating today after their A Level grades were released, with all pupils who applied to university receiving an offer from a university of their choice.

The Academy is enjoying strong results from its pupils, with particularly good outcomes in computer science, German, IT, physics and biology.

While all pupils have done remarkably well, there are some exceptional achievements including: 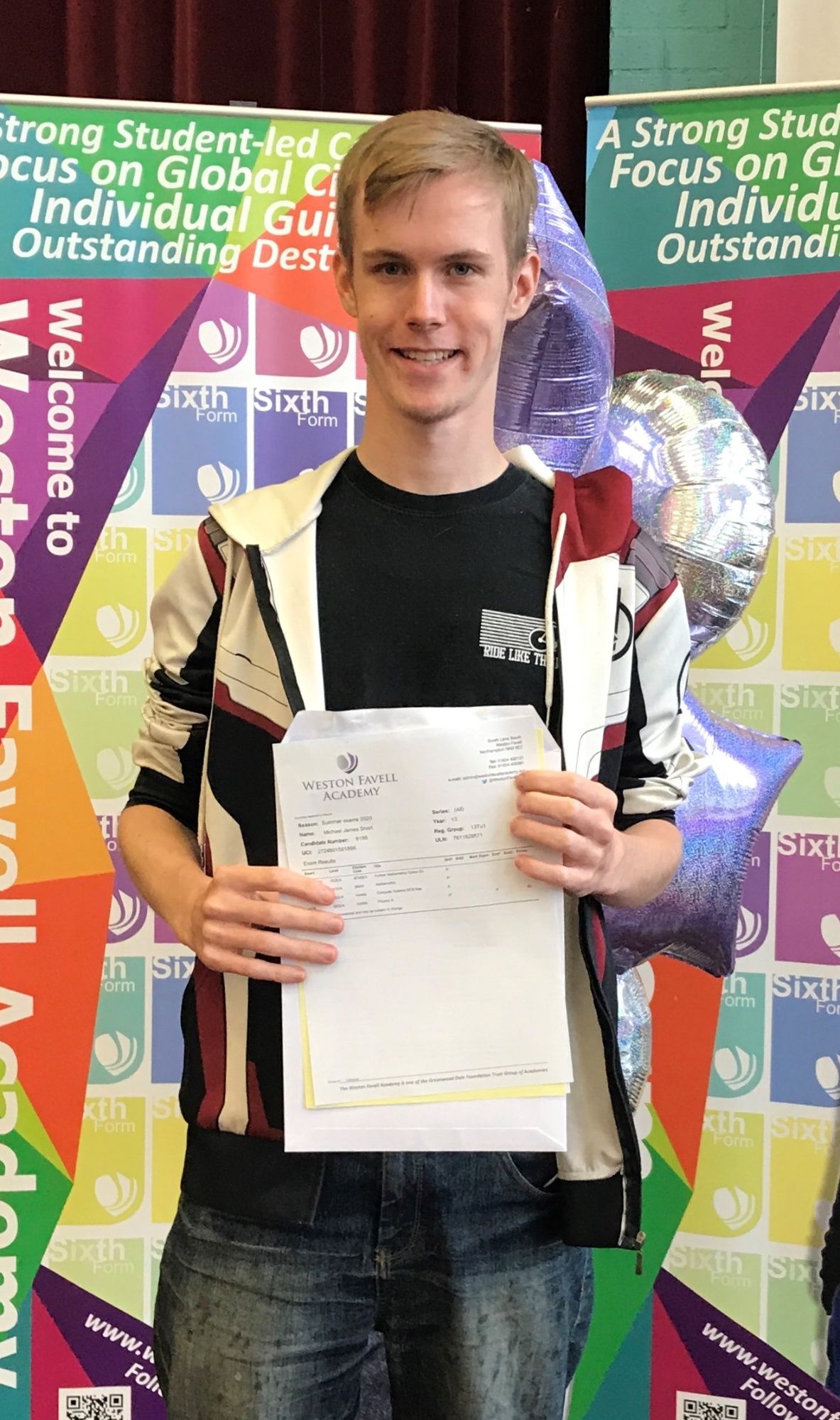 This year, due to Covid-19, the Government developed a grading process in which schools assessed each of their pupils based on the grades they considered they would have achieved, before being moderated nationally by external exam boards.

The grades received today were based on things such as coursework, mock exam results, prior performance in each subject and overall attainment over the past few years. These grades were then moderated and assessed by external exam boards which awarded the final grades.

“I am thrilled for our pupils and these fantastic results.  100% of pupils who intended to progress to university have been successful in confirming a university of their choice.  Not only is this a great accomplishment in its own right but 70% of these pupils are also the first in their family to go on to higher education.

“Our pupils exploring apprenticeships are also finding success despite this challenging time which is a true reflection of their determination to succeed.

“Building resilience and a positive outlook has been important for all of our Sixth Form pupils and I am delighted to see their confidence shine through as they embark on their next steps.”

“I am incredibly proud of all of our pupils’ achievements this year.

“Recent months have presented a number of challenges but our wonderful team of pupils and staff have worked incredibly hard to overcome these and make the most of the unique circumstance. These fantastic grades are a testament to their hard work and dedication not only during this unprecedented time but over the past year.

“I wish them the very best of luck in their exciting futures and would also like to extend my thanks to our staff and parents for the support they have given our pupils, helping them to achieve these grades.”